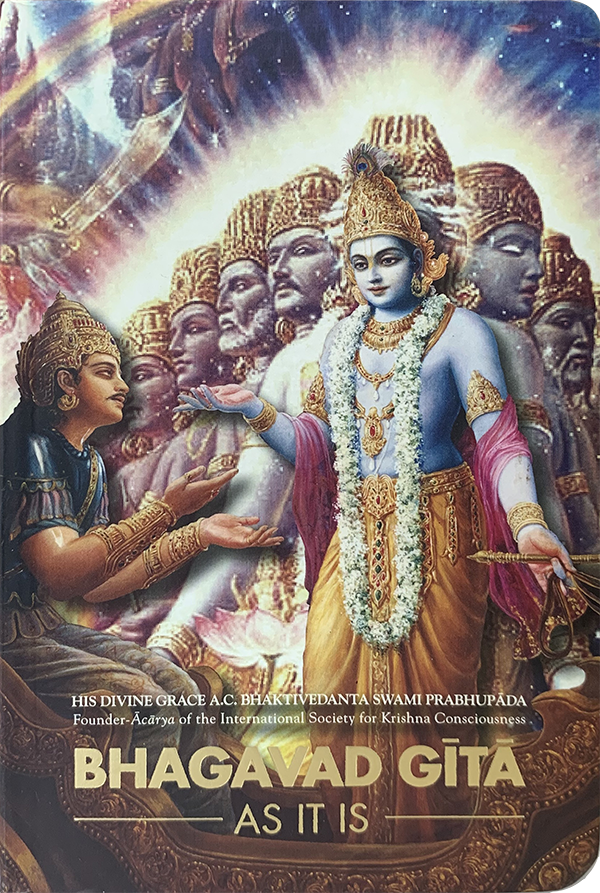 The Bhagavad-gita is highly recommended for anyone interested in spirituality and the meaning of life. One of the world's best known literatures, it is often considered the essence of all wisdom. It's a conversation between the military hero Arjuna and his friend/advisor/charioteer Krishna, spoken just before the apocalyptic Battle of Kurukshetra. Subjects they discuss include the eternality of the self, destiny, the source of our being, and how to achieve genuine, long-term peace and happiness.