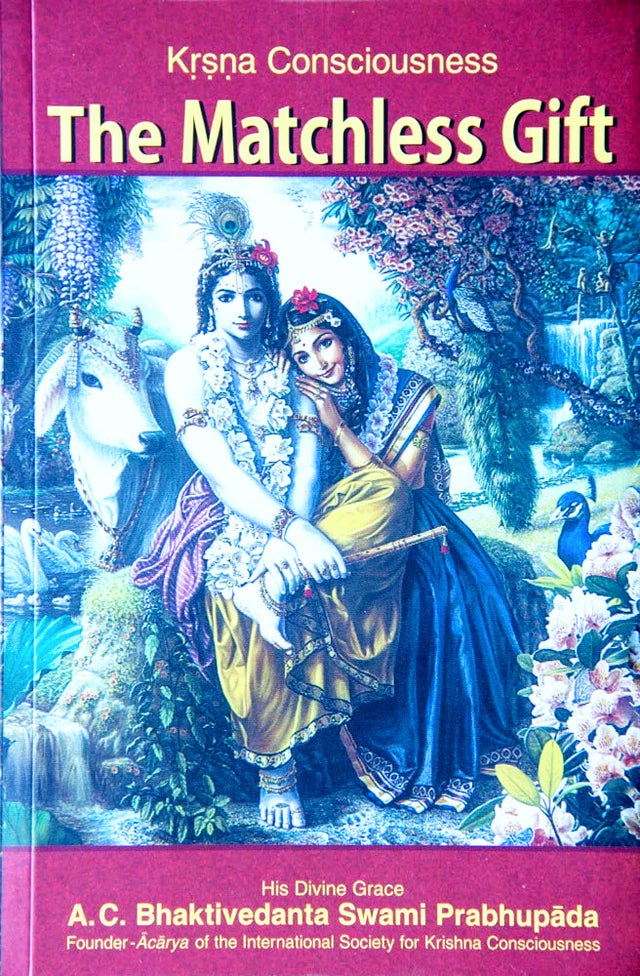 Krishna Consciousness, the Matchless Gift is a collection of transcribed lectures by Srila Prabhupada on the philosophy and practice of bhakti-yoga—the process of reestablishing our connection with the Supreme Person.

While only 118 pages long, Matchless Gift contains an abundance of material on many facets of the science of Krishna consciousness, along with vivid examples, stories, and analogies not found elsewhere in Srila Prabhupada's writings. Readers will quickly gain an appreciation for Srila Prabhupada's agility of mind and ability to make the highest teachings of the Vedas understandable to a contemporary audience. It's a light book, packed with heavy wisdom, and best appreciated in short installments.

The book's title alludes to the Matchless Gifts sign above the entrance to the storefront at 26 2nd Avenue in New York City, which became the site of the first center for the International Society for Krishna Consciousness in the western world.

"All living entities within the material world are, to varying degrees, afflicted with a type of madness. The Krishna consciousness movement aims at curing man of his material disease and reestablishing his original consciousness."