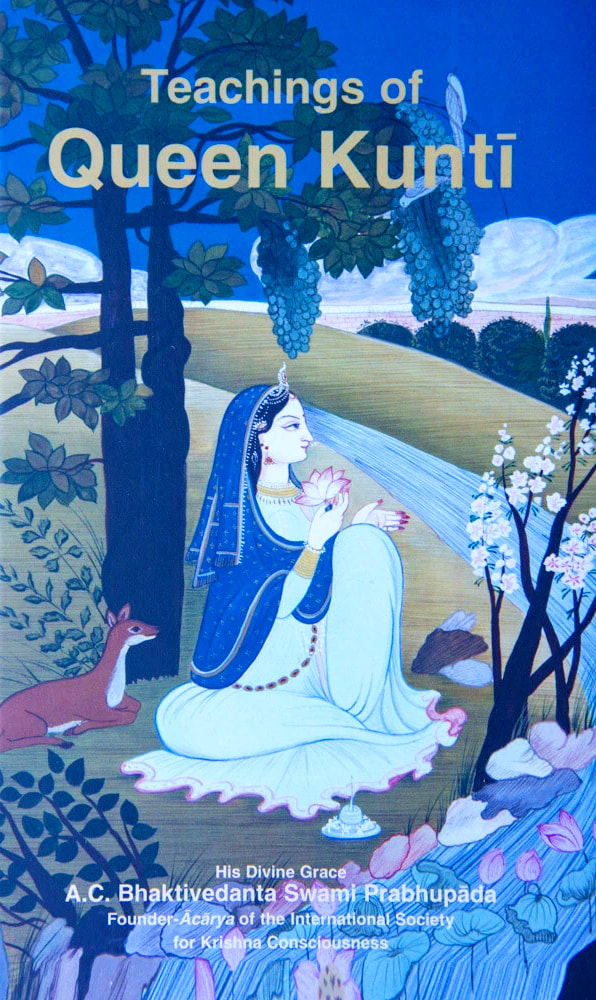 Queen Kunti is a major figure in the history of the ancient world. As mother of the warrior Arjuna—to whom Krishna spoke the Bhagavad-gita—she appears again and again in epics such as the Mahabharata and Srimad-Bhagavatam as the saintly matriarch of a great dynasty torn apart by fratricidal war. Queen Kunti knew well that crisis evokes our sense of dependence on divine mercy; she endured assassination attempts, multiple plots to kill her sons, and then all-out war.

At the conclusion of the devastating battle of Kurukshetra, Queen Kunti approaches Krishna as He prepares to depart for his home city of Dwaraka. Her spontaneous glorification of Krishna and description of the spiritual path consist of twenty-six couplets (Srimad-Bhagavatam, Canto One, Chapter Eight, verses 18-43), which have been recited, chanted, and sung by sages and philosophers for thousands of years. Her prayers show that even the most extreme situations can be beneficial, since prayer unites us with God.