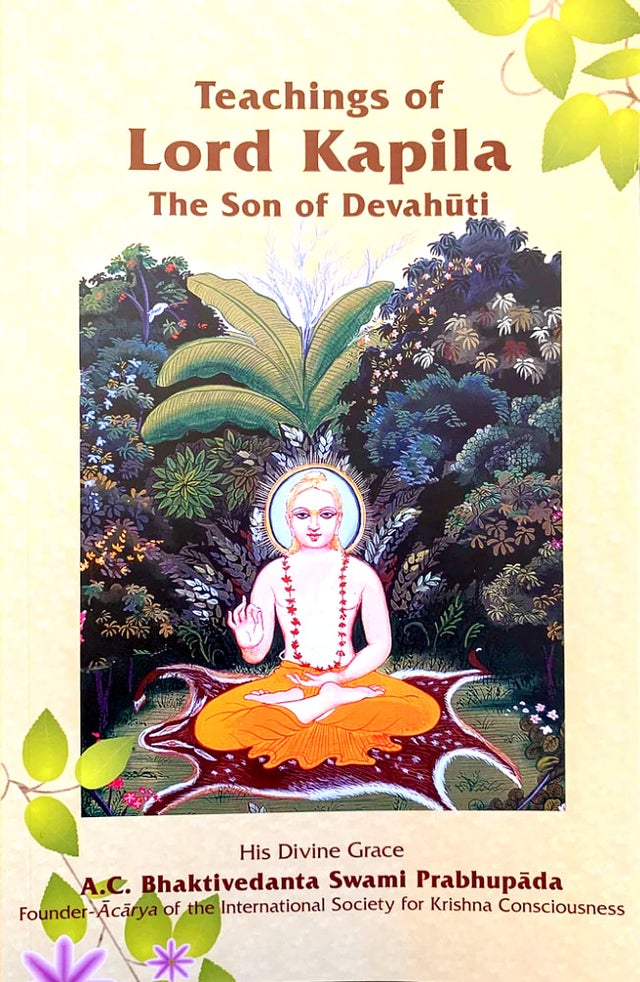 Teachings of Lord Kapila The Son Of Devahuti - complete with original Sanskrit, translations, and purports—deals with such topics as the significance of the guru, the psychology of consciousness, the characteristics of a self-realized person, the science of meditation, the nature of transcendental knowledge, and the process of ultimate liberation – known in Vedic parlance as the “Sankhya” philosophy of metaphysics.

According to Vedic tradition, Kapila Muni is one of the twelve mahajanas—leading authorities on scripture—as well as an avatara of the Supreme Absolute Truth in the Vedic tradition. He appeared to teach Sankhya; the ancient system of metaphysics and spiritual knowledge which forms an important part of India’s ancient philosophical heritage. Kapila’s teachings are originally found in the Srimad-Bhagavatam.

Teachings of Lord Kapila is based on a unique series of Bhagavatam lectures presented in Mumbai, India, in the spring of 1974, by His Divine Grace A. C. Bhaktivedanta Swami Prabhupada. At the time of these lectures, Srila Prabhupada had just completed his written commentary on the section of the Bhagavatam dealing with Kapila’s teachings. In these special lectures, Srila Prabhupada went into much greater detail in elucidating the verses and shed an even broader light upon these fascinating teachings.