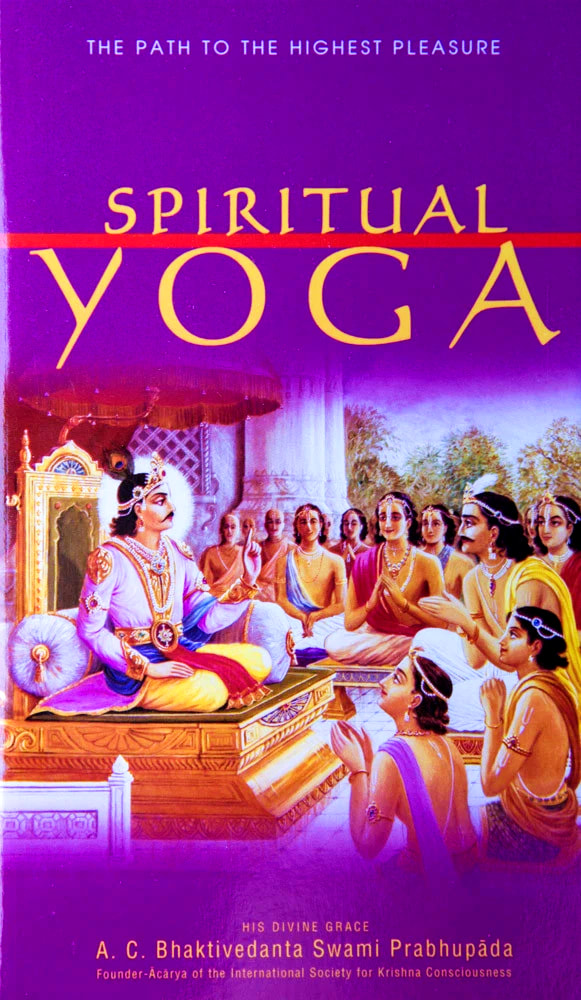 If you think that you have to escape to a cave in the Himalayas to find the enlightenment that yoga promises, think again.

There's material yoga, and there's spiritual yoga. The material kind will make us feel more peaceful, limber, and healthy. the spiritual kind will teach us how to attain a state of ever-increasing transcendental pleasure.

In Spiritual Yoga Srila Prabhupada, one of the greatest philosophers of the twentieth century, stretches the meaning of yoga beyond its familiar poses and breathing techniques and teach us how to attain a state of ever-increasing transcendental pleasure through bhakti-yoga ( devotion to God) by elaborating on the instructions a divine king named Rsabhadeva imparted to His sons long, long ago in India