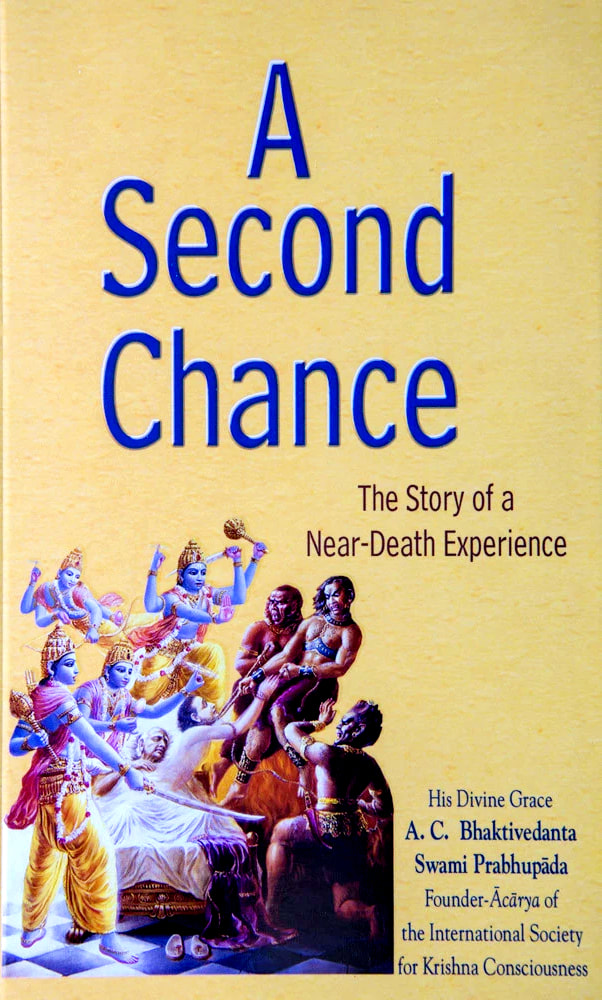 The Story of a Near-Death Experience

Near-death experiences (NDEs) are not new phenomena; the Srimad-Bhagavatam, written thousands of years ago, recounts this NDE occurring in the much deeper past:

Ajamila, a young, religious student, is drawn astray to a life of debauchery and crime. At the appointed hour of his death, he witnesses an extremely unusual conversation between the agents of death and divine beings. Ajamila receives a second chance to live, and his life is transformed forever.

During the winter of 1970-71, Srila Prabhupada was traveling in India with some of his Western disciples. They had heard him speak about Ajamila several times, and at their request he gave a systematic series of lectures on Ajamila’s history. This book includes the original Bhagavatam verses outlining Ajamila’s NDE, selections from Srila Prabhupada’s published commentary, and excerpts from transcriptions of his lectures during the ’70-71 India tour.