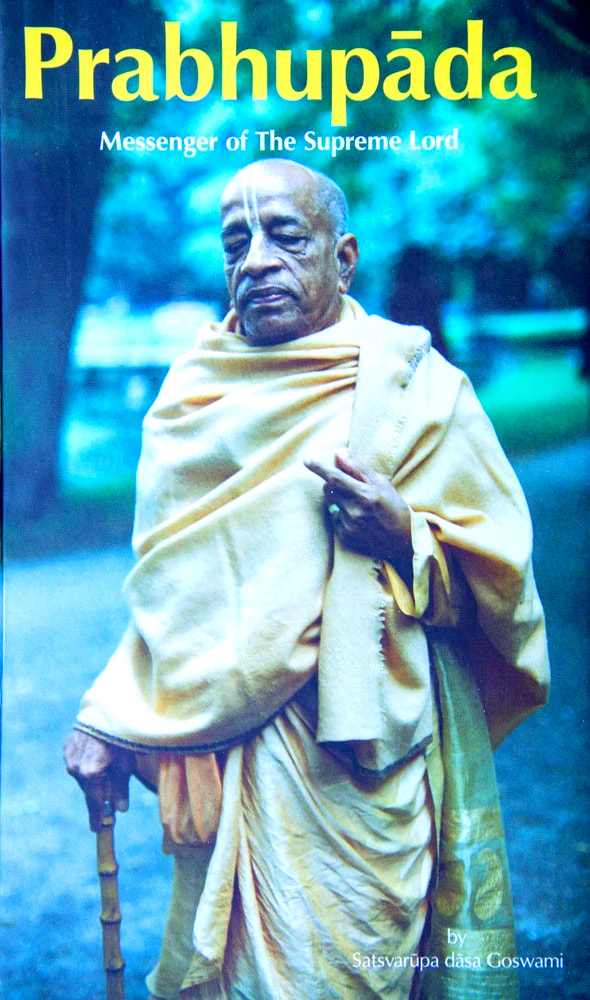 Biography of Srila Prabhupada, the founder acarya of ISKCON.

The worldwide fame of His Divine Grace A. C. Bhaktivedanta Swami, later known as Srila Prabhupada, was to come after 1965–after he arrived in America. Before leaving India he had written three books; in the next twelve years he was to write more than sixty. Before he left India he had initiated one disciple; in the next twelve years he would initiate more than four thousand. Before he left India, hardly anyone had believed that he could fulfill his vision of a worldwide society of Krishna devotees; but in the next decade he would form and maintain the International Society for Krishna Consciousness and open more than a hundred centers. Before sailing for America, he had never been outside India; but in the next twelve years he would travel many times around the world propagation the Krishna consciousness movement.

Although his life’s contribution may appear to have come in a late burst of revolutionary spiritual achievements, the first sixty-nine years of his life were a preparation for those achievements. And although to Americans Prabhupada and his teachings were an unknown sudden appearance–“He looked like the genie that popped out of Aladdin’s lamp”–he was the stalwart representative of a centuries-old cultural tradition.