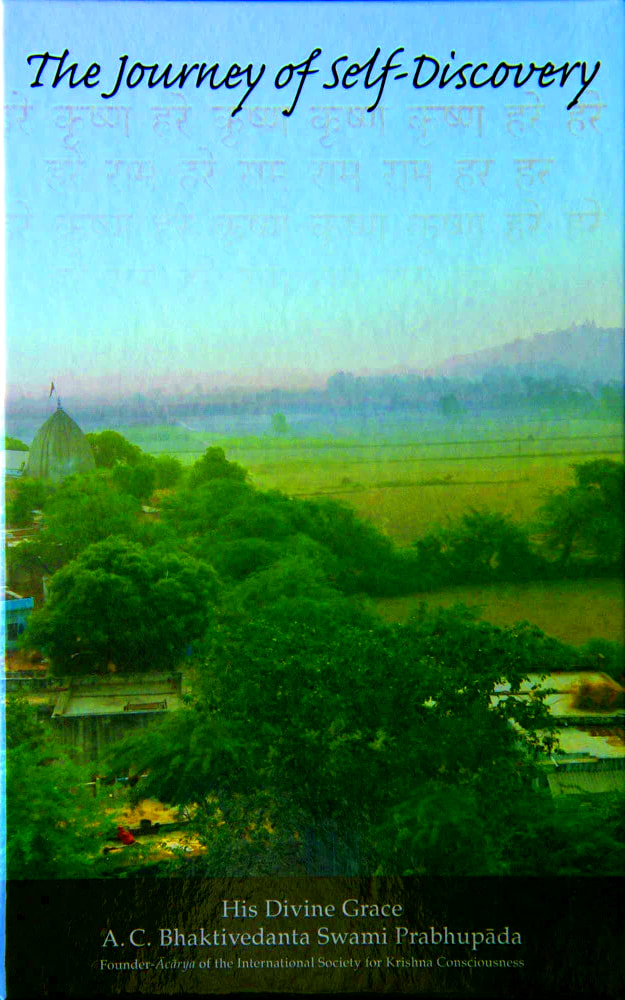 The Journey of Self Discovery

The Journey of Self-Discovery is a collection of transcribed conversations and lectures by Srila Prabhupada on a variety of subjects, including spiritual economics, superior evolutionary models, the means for achieving global unity, overcoming scarcity, and predictions of the future state of the world.

While Srila Prabhupada published definitive, scholarly translations and commentaries on some of the world’s most important ancient texts—Bhagavad-gita, Srimad-Bhagavatam, and Chaitanya Charitamrita—his printed talks found here in The Journey of Self-Discovery capture the humorous, refreshing flavor of his lively debating style.

As the ambassador to the West of the Bhakti tradition—which teaches practical devotional service to God in His most approachable and attractive form—Srila Prabhupada speaks with an irresistible authority. His arguments for intelligent design, and the existence of a supremely intelligent person possessing such intelligence, have caused many skeptics, agnostics, and atheists to reassess their worldview.