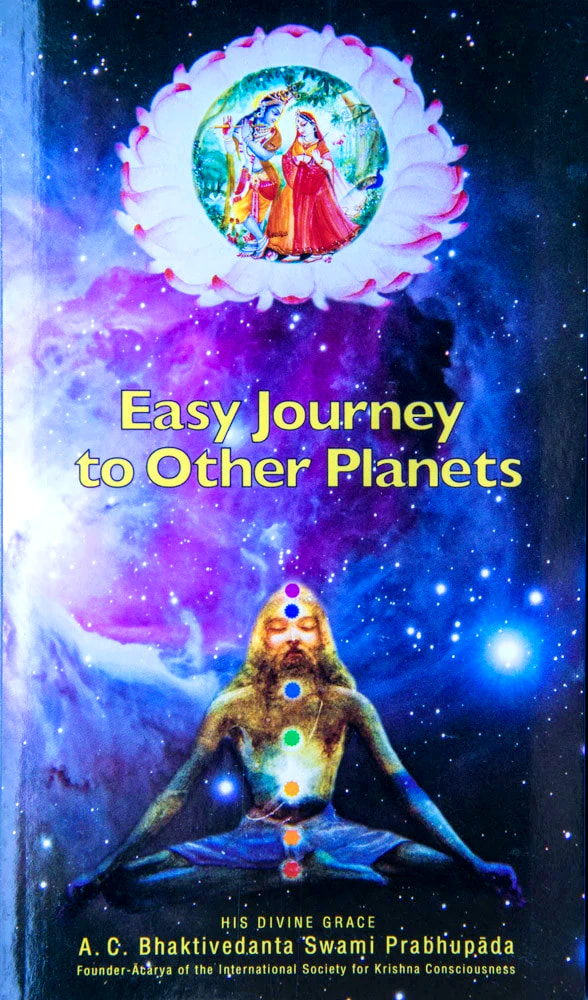 Easy Journey to Other Planets

Mass media often aggrandizes contemporary mechanical attempts at space travel, but according to accounts found in India’s Vedic literature, space travel is far from a new invention; it has always been possible. If we are to believe such evidence, yogis and higher beings have the capacity to travel freely throughout the cosmos via subtle technologies that are practically unknown to us.

Srila Prabhupada wrote Easy Journey to Other Planets—with its frequent mention of “antimatter” and “antimaterial particles”—as a short treatise in response to the mid-20th century “space race” era, when nations such as the U.S. and U.S.S.R. were obsessed with exploration of the moon, etc. by means of rocket-powered spacecraft. In the book, the author questions the ultimate significance of such endeavors, while pointing out that the exploration of material space is neither a new idea nor the most intelligent one, from the spiritual point of view.

Easy Journey To Other Planets explains how, using subtle, spiritual energy, anyone can travel to other planets and see the wonders of material creation. Also, those who wish to may travel beyond the material creation to the spiritual world, the ultimate destination, from which one never has to return to the limited world of matter.