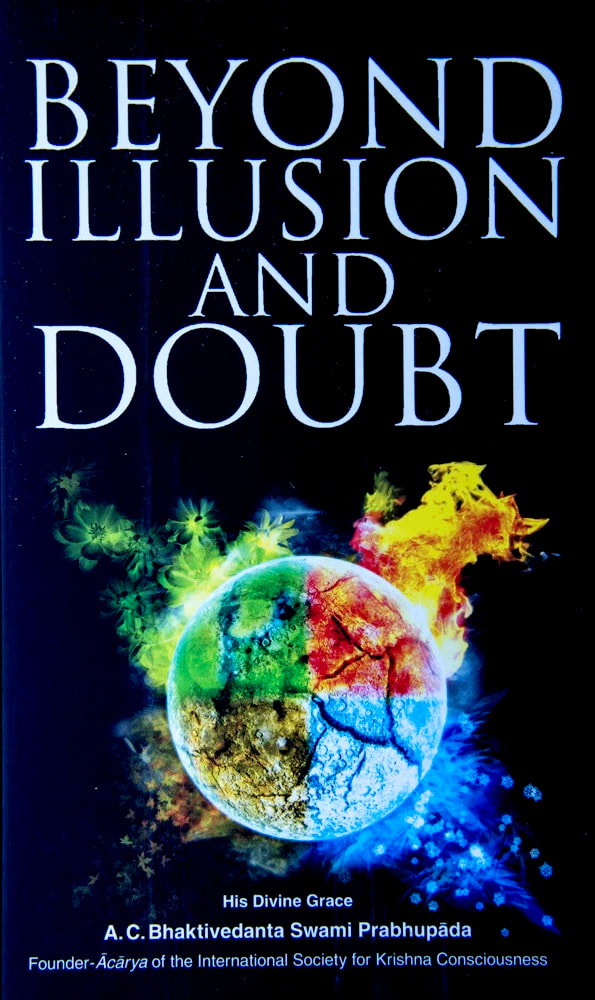 Beyond Illusion and Doubt

Beyond Illusion And Doubt is a compilation of conversations between Srila Prabhupada and some of his disciples, comparing Vedic wisdom with Western philosophy.

“To err is human” applies equally to the layman and the philosopher. Each philosopher tends to arrive at a different set of answers to the fundamental questions that exercise humanity across the ages. This constant overhauling of philosophies throughout Western history can make the study of philosophy frustrating, especially for people consulting philosophers not just to play an intellectual game but to find practical answers to life’s most perplexing questions. Despite studying the fundamental nature of knowledge, reality, and existence for thousands of years, Western philosophers have not been able to explain the self, the cosmos, and our place in it as comprehensively as the Vedic writings of ancient India, which are known as apaurusheya, “not of human origin.”

Beyond Illusion & Doubt carries one upwards from the ceaseless maze of constantly contradicting thoughts, and to a platform of undisturbed intelligence and pacifying knowledge replete with all aspects of perfection. The underlying verdict is that while many philosophers became famous by being blessed with a partial revelation of the Absolute Truth, Krishna consciousness means knowing the Absolute Truth in full—as the Supreme Person. No amount of speculation can reveal such knowledge, and anyone who comes in contact with it becomes joyful and freed from anxiety.