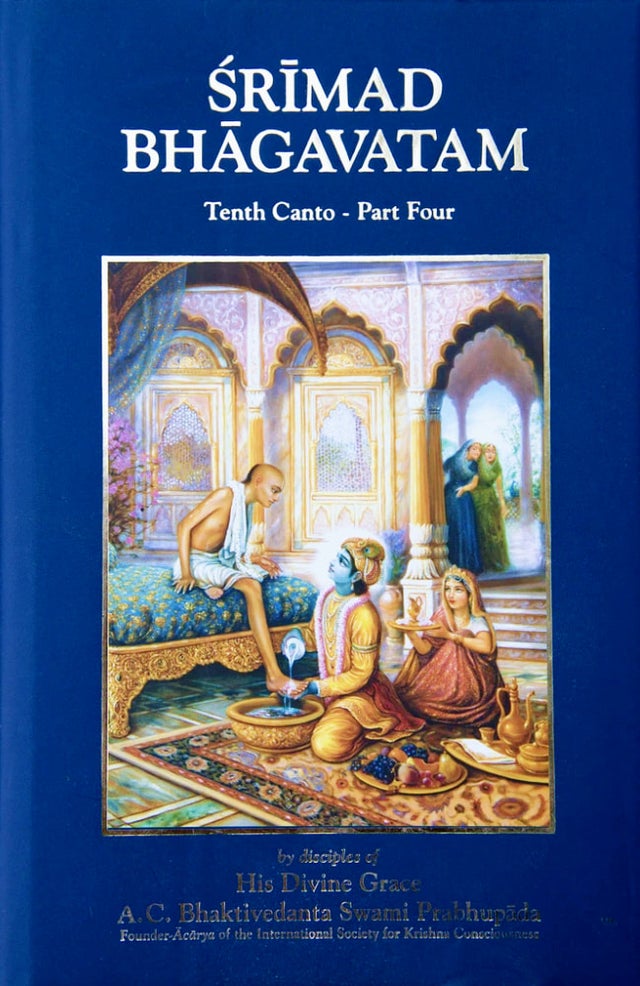 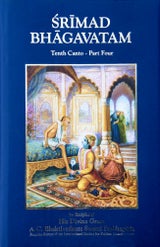 Srimad-Bhagavatam, an epic philosophical and literary classic, holds a prominent position in India's voluminous written wisdom. This ancient text touches upon all fields of human knowledge.

The timeless wisdom of India is expressed in the Vedas, ancient Sanskrit texts. Originally preserved through oral tradition, the Vedas were first put into writing by Srila Vyasadeva.

After compiling the Vedas, Srila Vyasadeva was inspired to present their profound essence in the form of Srimad-Bhagavatam. Known as "the ripened fruit of the tree of Vedic literature, "Srimad-Bhagavatam is the most complete and authoritative exposition of Vedic knowledge - covering everything from the nature of the self to the origin of the universe.

The first verse of Srimad-Bhagavatam makes clear that because the book is intended for people serious about spiritual progress, it will not deal with sectarian religious ideas, philosophical conjecture, or worldly concerns. The second text promises that anyone who reads the book systematically will achieve the spiritual success meant for all human beings.