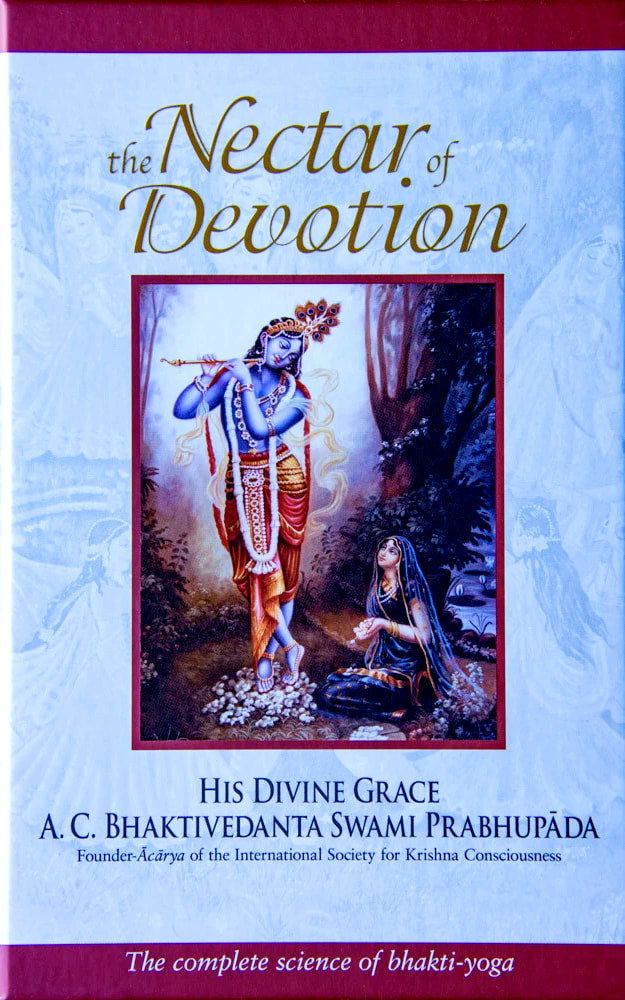 Readers will find in The Nectar of Devotion many interesting and instructive pastimes of Krishna and His devotees, from a variety of Vedic scriptural sources, each meant to illustrate a particular aspect of rasa—relationship with Krishna—and to show how each manifests practically in one's life.